Ashby-de-la-Zouch, UK, 30 January, 2017 – CEVA Logistics, one of the world’s largest supply chain management companies has been awarded a five year contract to manage the warehousing and distribution of Burts Potato Chips across the UK and Ireland.

Plymouth-based Burts is one of the fastest growing artisan snack brands in the UK and has been established as a thick-cut, hand fried potato chip maker since 1999.
Effective January 2017, CEVA is responsible for all transport operations and factory warehousing for Burts as the crisps and lentil waves come off the production line.

All the brands' favorite flavors from Sea Salt and Vintage Cheddar & Spring Onion through to Devon Roast Beef and Firecracker Lobster are now handled by CEVA through a six days a week, 24 hour operation in a new on-site warehouse which can accommodate up to 2000 pallets of manufactured crisps. Additional warehousing is also provided at CEVA's Wellesbourne multi-user warehouse which can cater for a 4000 pallet additional storage requirement.

Deliveries by CEVA’s shared-user FMCG network will comprise both full and part loads to Burts' customer base which includes national grocery multiples, cash and carry's as well as smaller outlets such as garden centers. CEVA will be responsible for delivering 80,000 pallets per annum.

“Previously Burts used a number of different providers to service their needs. We have been able to provide a one-stop-shop solution for them which meets their requirements today but will also allow them to grow and expand in the future. We have created the complete supply chain management answer for Burts and at the same time given them the ability to easily meet peak time volume fluctuations,” states Michael O'Donoghue, CEVA's Executive Vice President UK, Ireland and Nordics.

Adds Burts Operations Director, John Joseph:
“To support Burts continued growth we appointed CEVA to manage our outbound supply chain due to their vast FMCG experience and expertise as well as their extensive UK wide distribution and warehousing network. We are excited about our new partnership and look forward to working with them to provide our customers with a premium supply chain service.” 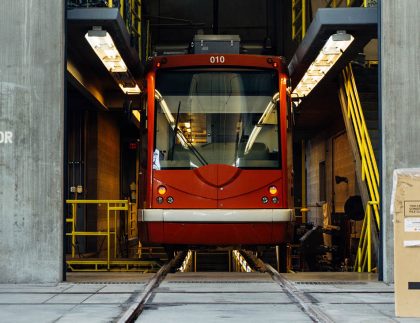